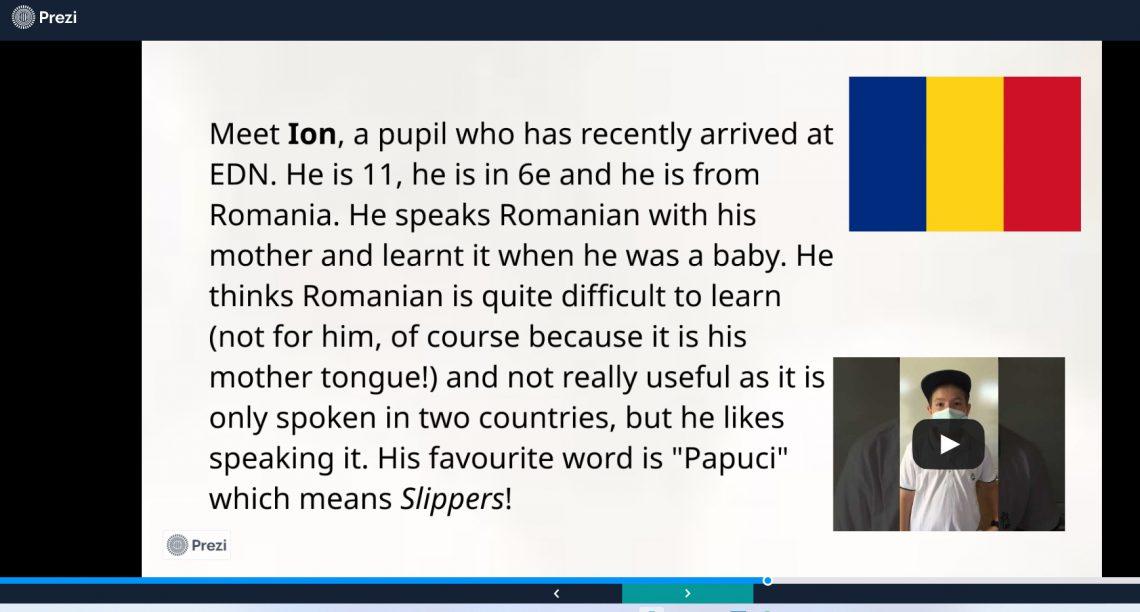 Did you know? There are between 6000 and 7000 languages in the world – spoken by six billion people divided into 189 independent states.

At EDN, 3 foreign languages are taught: English (as from kindergarten), Spanish or German (as from 5e). The pupils learn to speak, write, express themselves and communicate in at least 3 languages… How lucky! They are definitely opening some doors along their way!

But are these three languages the only ones spoken by our school community? According to you, how many other languages do our pupils and staff members speak?

The pupils from 5e LCE have investigated, interviewed people and even recorded some of them… They are about to present this interesting project to you. Stay tuned!

A voir : EDN A small world! by Benedicte Wiehe on Prezi Next