This month, pupils of CE1A accompanied by the English teachers, Marie Christine Muneean and Munavvar Namdarkhan and French teacher Ingrid Nachtripp participated in an orientation outing in the school neighbourhood, Le Labourdonnais.

On that day, they could hardly sit still before leaving school. At 8 o’clock, grabbing their snack bag, a map of the locality, pencil and rubber in their hands, they were off discovering the vicinity with its main buildings and infrastructures, a mixture of new and old ones. It is with much excitement that they stopped by the kovil, the old lime kiln and old chimney of Labourdonnais and marked their map. They also identified without much difficulty the sports facilities and schools around.

After about an hour walk, they stopped next to the old Chimney of Domaine Labourdonnais to have some snacks before embarking on a new adventure: a train-trip in the orchard and a little walk in the nursery.

They were welcomed by the curator of Château Labourdonnais, Bernard Maurice who accompanied them during the trip. They had the opportunity to have a bilingual (English-French) guided tour from a nice lady who answered all their questions.

After the train trip they had an amazing olfactory experience in the nursery by smelling crushed leaves of different aromatic plants and flowers. They also picked up faded flowers and leaves to make small bouquets. Then off to the Château, where they entered into the renovated 19th century colonial house of the Wiehe family. A guided tour offered them a glimpse of what life could have been in those days. Some were stunned by the scientific tools used in former times for sugarcane testing whilst others were more captivated by the handwriting styles found in original documents on exhibition, the furniture, the marquetry in the hallway, dishes of French or British origins, paintings and photos or the audio recordings.

They all appreciated the vastness and serenity of the place. The outing ended with the tasting of fruit juice and paste.

The pupils returned to school after a half day out, ready to answer all questions about the school vicinity in the English class. 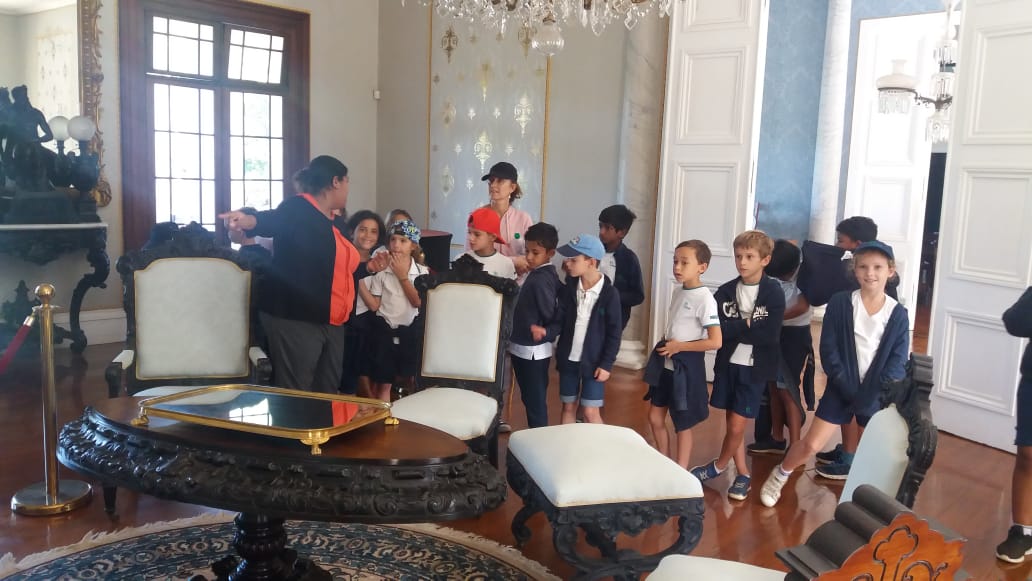 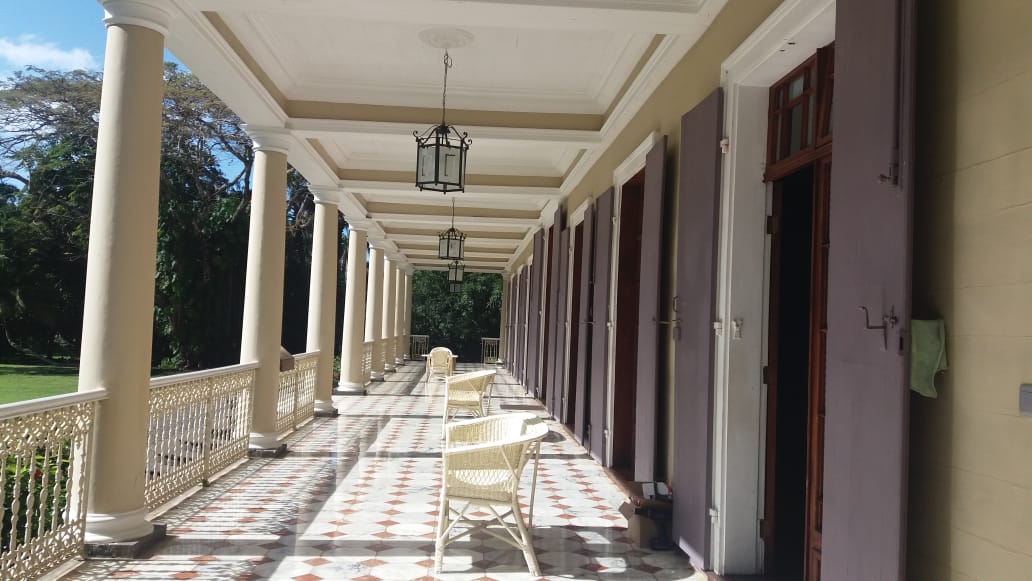 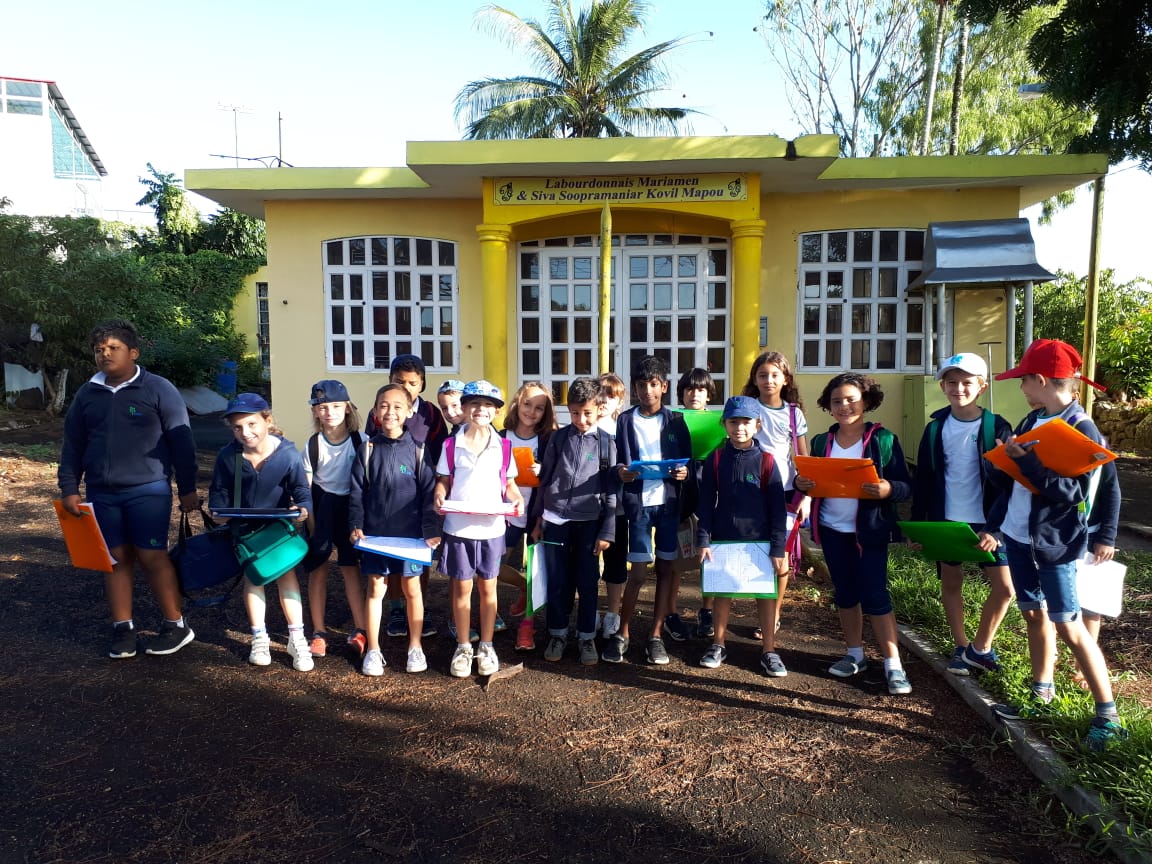 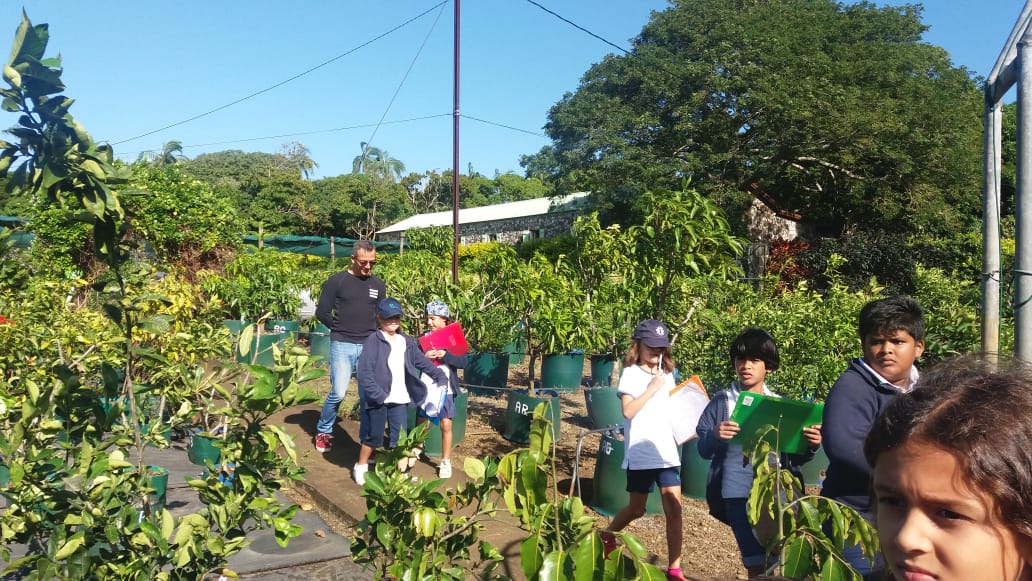 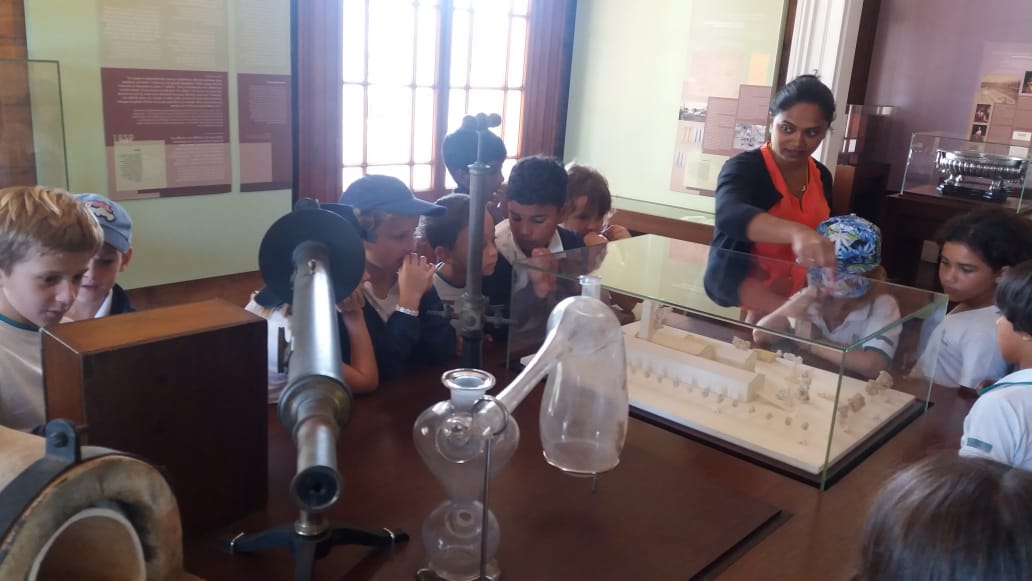 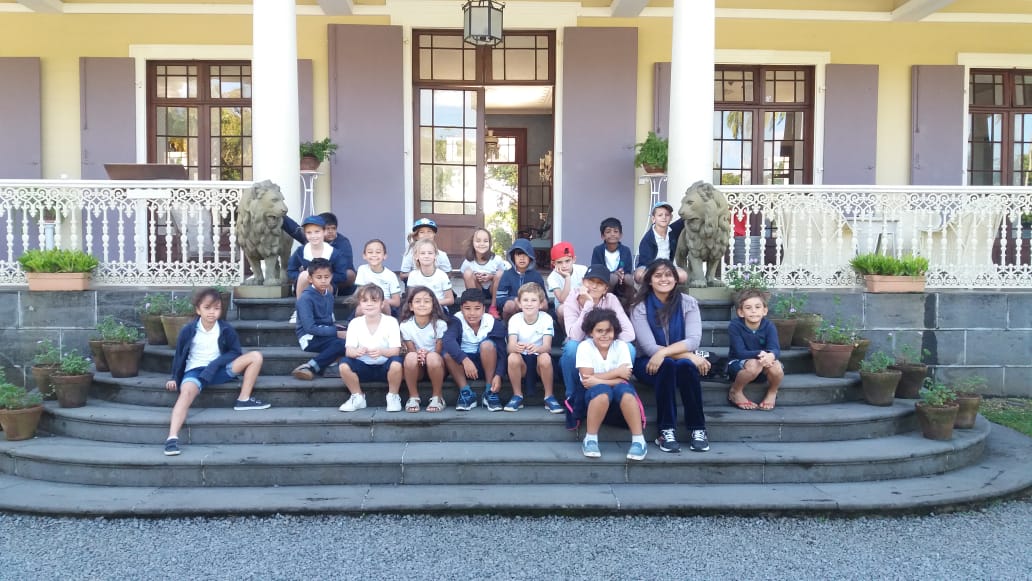 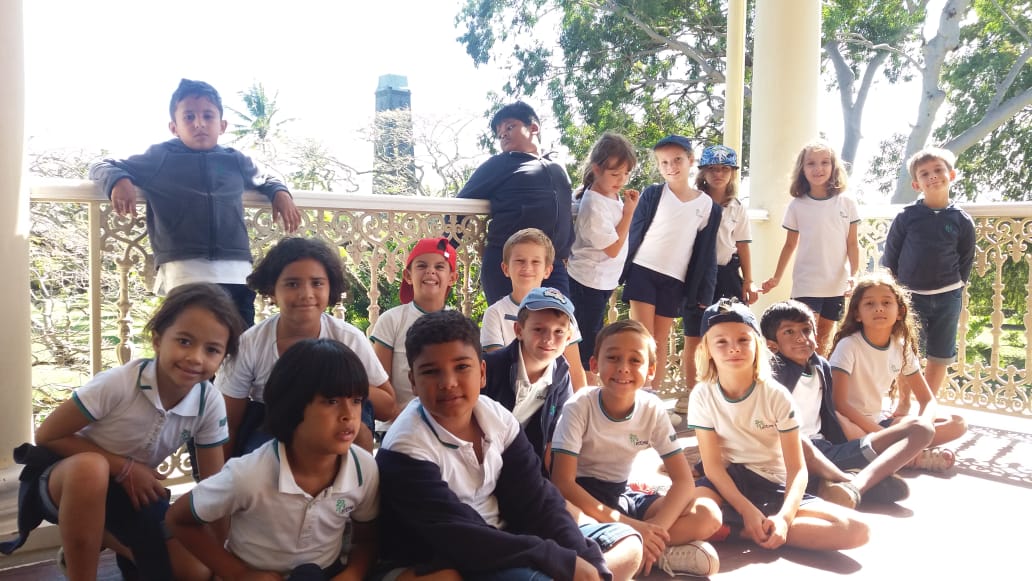