Students had to speak for a limited time on chosen topics, ranging from quotes from Malala Yousafzai and Barack Obama. The competition was adjudicated by Mr. Russell Briggs, Senior Teacher at the British Council, Mauritius.

Our students did extremely well, particularly since they were competing against fluent English speakers. Ecole du Nord came second in the competition, with Tania Jauffret winning the BEST INDIVIDUAL SPEAKER in the CM2 category.

Next year Ecole du Nord will host the competition and we will be hoping to bring home the winning trophy! 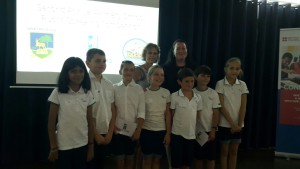 Our star students of the event. 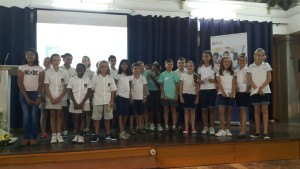 There were a total of 23 students participating in the event.

Tania Jauffret from CM2 won BEST INDIVIDUAL SPEAKER in her category. Her speech was inspired by Barack Obama.

Students from CM1, CM2 and 6° participated in the competition. 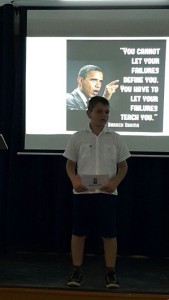 Students from CM1, CM2 and 6° participated in the competition. 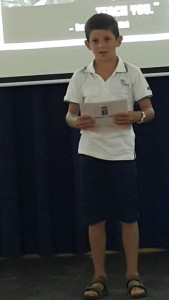 The judge from the British Council praised our students for their professionalism and enthusiasm. 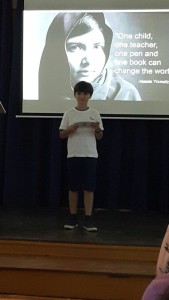 Quotes from Malala Yousafzai inspired some of the students’ speeches. 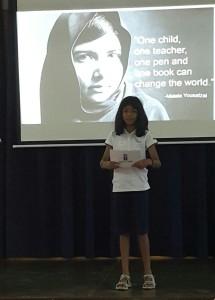 Students were praised for competing alongside fluent English speakers. 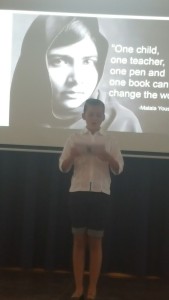 The students have all confirmed to have benefitted tremendously from this experience and wish to participate again next year. 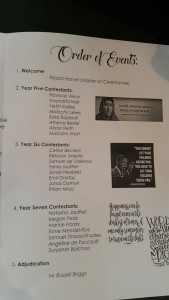 Next year the event will be hosted by Ecole du Nord.

Three students from the International Section – Megan Pesic, Marine Hardy and Natasha Jauffret – participated in the Second Annual Public Speaking Competition on Thursday 9th November, accompanied by their teacher, Niamh Ramjuttun. Students were asked to research, write about and speak for two and a half minutes on the topic of Happiness, and Megan, Marine and Natasha all received an A in their category, with Megan coming second in her group.

The event was judged by Mr Russell Briggs, Senior Teacher at the British Council, Mauritius. Whilst he praised all the participants for their hard work, special mention was made to our International Section students for entering the competition as non-native speakers. Other entrants were fluent English speakers. 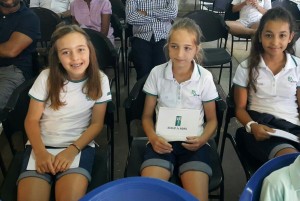 The participants with their teacher, Niamh Ramjuttun. The competition was adjudicated by a judge from the British Council, Mauritius. Students had to speak for two and a half minutes on the topic of Happiness. 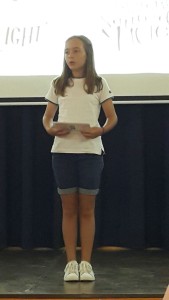 Marine Hardy speaking at the event. The students were praised for their courage to enter a competition in English alongside fluent English speakers. 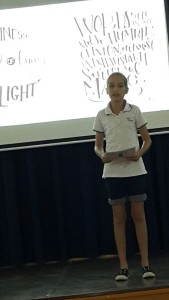 Natasha Jauffret received an A for her speech. Students had to research and write their speeches themselves.

The Witches in Shakespeare’s Macbeth